Nothing is more exciting than watching sports live at a stadium, but bleacher seating doesn’t always provide a comfortable experience. However, if you grab your seat cushion before heading to the game, you’ll be set for the whole experience, especially if you are in one of the most famous stadiums. Take a look at these five stadiums with the best bleacher seats. 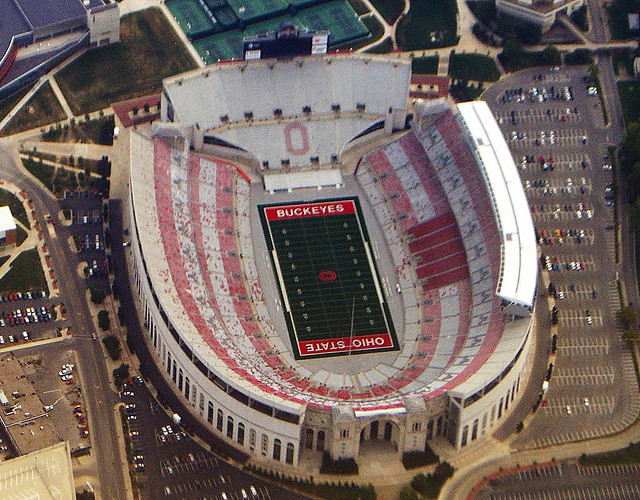 Ohio Stadium is also known as The Horseshoe because the bleachers are arranged around three-quarters of the field in a horseshoe shape. Then, the last quarter has almost no curve to it. Ohio Stadium has a capacity of 102,329 people and it was built in 1922. It has experienced a handful of expansions, including a major renovation between 2000 and 2001. It has also hosted the Ohio State Buckeyes from when it was first built. The Columbus Crew played in the stadium from 1996-1999. 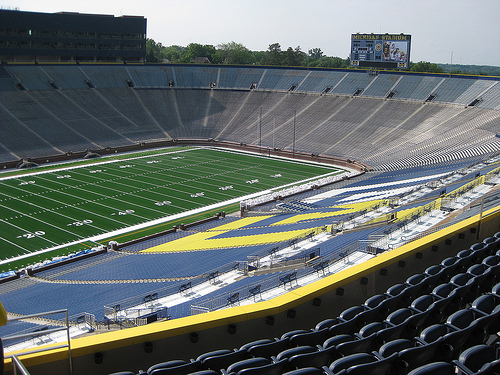 Michigan Stadium is nicknamed, “The Big House.” It was built in 1927 and has a seating capacity of 109,901. However, the record attendance for a single game is 114,804, which is nearly 5,000 more people than its capacity. This is probably because of the standing area, so grab your bleacher tickets before they go. You can see the Michigan Wolverines in action at this stadium. Make sure you buy seat cushions before your first big game here - its a great stadium, with great football bleachers. 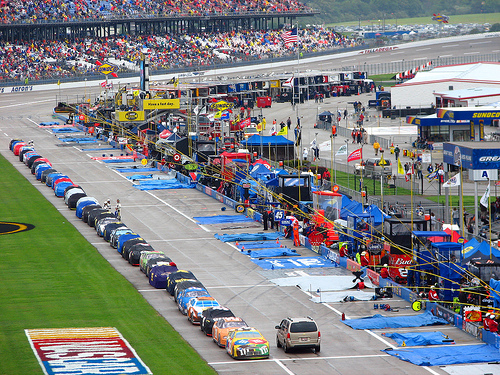 If you enjoy watching cars zoom around the racecourse, the Talladega Superspeedway is one of the fastest tracks because of the angles around the turns. It has a capacity of 175,000 people and was built in 1969. At this stadium you will witness speeds of over 200 MPH as the cars go around a track that is 2.66 miles long. The bleachers run on both sides of the home stretch of track, plenty of room to squeeze in your vinyl seat cushion! 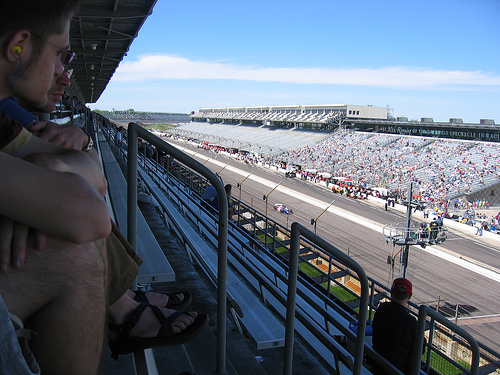 Indianapolis Speedway is the largest stadium in the world. It has a capacity of 257,325 people and was built in 1909. It is also known as the “Brickyard” because the track was once all brick. All of the brick has since been removed except for one yard that signifies the start and finish line. The brick also extends into the parking lot. It is the tradition of the winner of the race to kiss the bricks. Although a great track, the aluminum bleachers can hurt after a while, so be sure to bring your personalized seat cushion.

Rose Bowl: Home of the Bruins 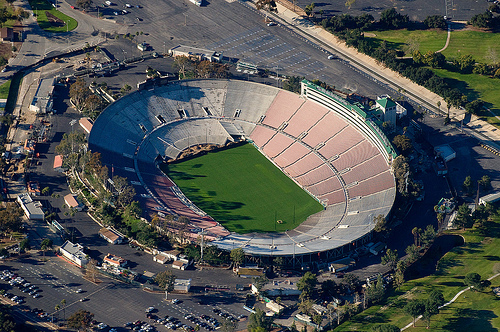 The Rose Bowl stadium has a capacity of 94,392 people. Several events take place here, but it is primarily the home of the UCLA Bruins (the LA Galaxy played there for a short time, too). The Rose Bowl is traditionally where the champion team of the PAC 12 and the champion team of the Big 10 meet up every year for a BCS bowl game. It also hosted the BCS championship game in 2010 and will host it again in 2014. The Rose Bowl has also been used for the FIFA world cup in 1994 and the Olympics in 1984.

This is just a small list of stadiums with great bleacher seating. What is your favorite stadium? Make sure you enjoy the seating while you're there, bring an outdoor seat cushion! Start designing your own seat cushion, click here.