‘Tis the season that it is acceptable for anyone and everyone to cosplay their favorite character, creature, or thing from some area of pop culture. Halloween always brings out the best in peoples creativity, and this year it seems there is no shortage of ideas for any trick-or-treater or party goer. Here is our list of the best of best the top ten show stopper, party topper, costumes of 2013. 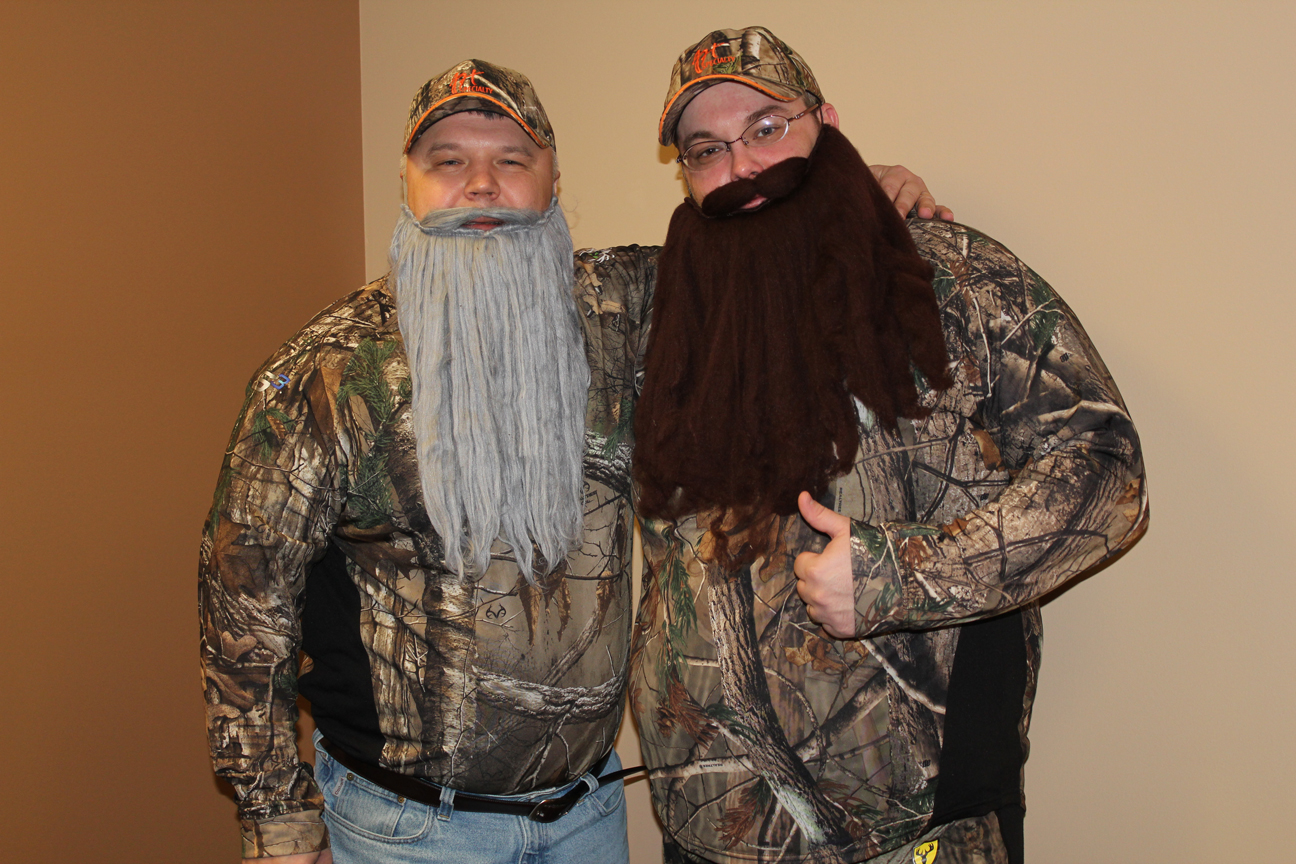 HAPPY, HAPPY, HAPPY. This happy go lucky family from the south has enough characters to rival a Warner Brother’s cartoon, but they still hold a warm place in our hearts. If you are in need of a theme for a large group of friends you can’t go wrong with Duck Dynasty. Pretty easy, too. Lot's of camo and a beard.

8. Internet Cats
Speaking of internet memes, we’re going to group all of them together in one big bag of fun. Whether it’s Grumpy Cat, Keyboard Cat, Nyan Cat…okay there are a lot of cat memes, but you get the point. Even though you may think these have gone the way of the dodo, they keep sticking around like a bad smell.

7. Government Shut Down Gaffe
Hopefully the government shut down will all be but a bad memory by the time you are getting ready for your Halloween party. Why not poke some fun at the situation by using it as a theme for your costume. Dress up as the statue of liberty with an “out to lunch sign”, or a scruffy looking Uncle Sam.

6. Carlos Danger
AKA Anthony Weiner, use his internet persona for a hilarious costume this year. The great part about becoming Carlos Danger is that he can look like anything you want! Use your creativity to create a one of a kind costume.

5. Ylvis "The Fox"
Sweeping the internet by storm this next idea has become a music and dancing sensation, and it’s not Gangnam Style. The song "The Fox" by the group Ylvis is a perfect choice for this year’s Halloween. The Fox can be done by one person or a group. It is also family friendly so mom, dad and the kids can get in on the act!

4. Dr. Who Characters
Darleks, Cybermen, and Time Lords……it’s the one and only Dr. Who. With the successful re-launch of the show, Dr. Who has become a television staple among more American audiences. Again this show has a whole host of characters to choose from, so you can go just as the Doctor or get a group together and showcase some of the more memorable characters.

3. Gym Shorts Guy
In a bind and low on cash, from the wise internet sages comes a costume that most people have in their closets or you could be wearing as you read this. Making a dress out of gym shorts is a hilarious photo fad that has to be one of the cheapest and funniest costumes for 2013. Make a note that this may not be too appropriate to wear while trick or treating or for the office party…. you have been warned!

2. Super Hero
Staying with the cheap and easy theme, using printed shirts or hoodies is a great costume for this year. There are plenty of superhero or TV themed shirts out in stores or on the internet that you can purchase and through a great costume together. Buy a Captain America shirt and mask, you have a great costume and a shirt to wear when it’s not Halloween.

1. Walter White
With the biggest series ending anticipation of almost any television show, Breaking Bad is still on the hearts and minds of almost anyone that has not been hiding under a rock. Dressing as any one of the characters from the show you will almost certainly be recognized. But be warned, since this show has been such a success many people might be dressing up as either Walter or in the shows highly recognizable yellow chem. suits, so try and take a more creative approach.

With all that’s happened this year, there is no reason to find yourself in a Halloween costume shop spending way too much on a cheesy outfit. Get creative, check out your local thrift shop or rummage through the deep dark forgotten corners of your closet. And remember, don’t do anything too embarrassing because a video of you may end up on the internet and in your coworker’s inbox the next day! Have a safe and Happy Halloween!

By Travis Shafer
Posted in YPP